Well, it certainly took a long time, but we have finally arrived on our one-way journey to Fuerteventura, on 22nd February 2017!

It was an early start for us this morning. Our friend, Pam O’Loughlin, was taking us to the airport, and we had loaded up her car yesterday. At 4am this morning she collected us and we juggled a bit to get the dogs and us in. All I can say is that it was a good job she has a big car! Altogether there were 3 adults, 3 dogs, 2 suitcases, 1 hand luggage, 1 mobility scooter, 1 extremely large crate and 1 medium sized crate!

We arrived safely at East Midlands Airport cargo depot and unloaded the dogs.  The chap there loaded both empty crates on to one trolley, but Rene’s crate (the large one) was precariously hanging over the edge, and I told him that was not safe.  He assured us that he would be holding the crate on and wouldn’t let go of it. So, reluctantly, we put the dogs into their crates. We were just leaving when we heard a crash and, yes you guessed it, poor Rene’s crate had toppled off and his crate was on its side.  He had let go to shut the doors!  His reply was that he didn’t think the dog would move – duh!  After righting the crate and making sure poor Rene was ok, he said he would get another trolley!  Not a good start!

Pam then took us on to the drop off point, where there were a few teary goodbyes, and we were on our way!

As soon as we boarded I asked the stewards if the dogs were safely on board and they assured me they would check. Five minutes after we were seated they came to let us know the Captain had checked the dogs himself and they were fine! We had an uneventful flight and landed on time. On landing there was a bit of cloud and haze from the heat and a calima. After leaving the UK in the bitter cold, it was lovely to arrive to the warmth!

By the time we collected our luggage, got the hire car and drove round to cargo, the dogs were ready and waiting for us! Lots of waggy tails and happy faces when they saw us! They had survived the flight well and I had worried about them for nothing! Our hire care was not that big, and of course we could not fit everything in. However, with the seats down we amazingly managed to get the luggage, mobility scooter and the small crate with two dogs into the car. Luckily we were only staying 10 minutes drive away, so Ian took them all, emptied the car and came back for the large crate, Rene and me. The crate was so big that it only just fitted into the empty car, and Rene was squeezed into a small gap!!

Time now to put our feet up, have a drink and relax! 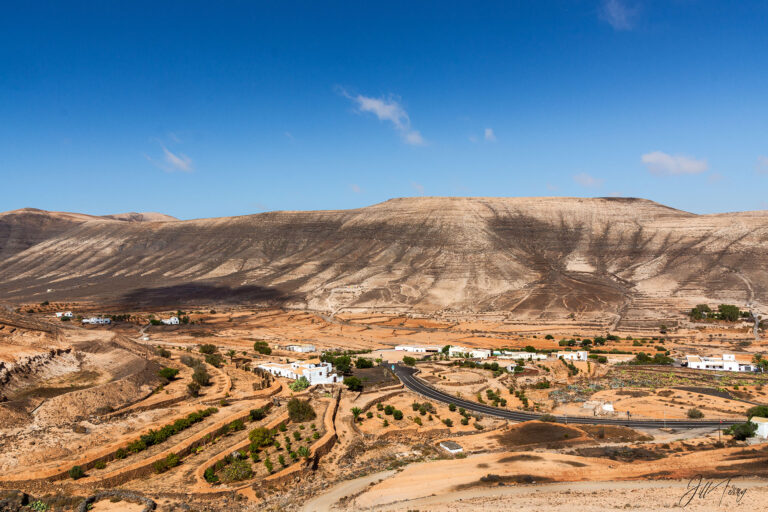 This site contains a LOT of photos!  Many are just shown as a thumbnail – to view them properly simply click them!  All photos are copyright.